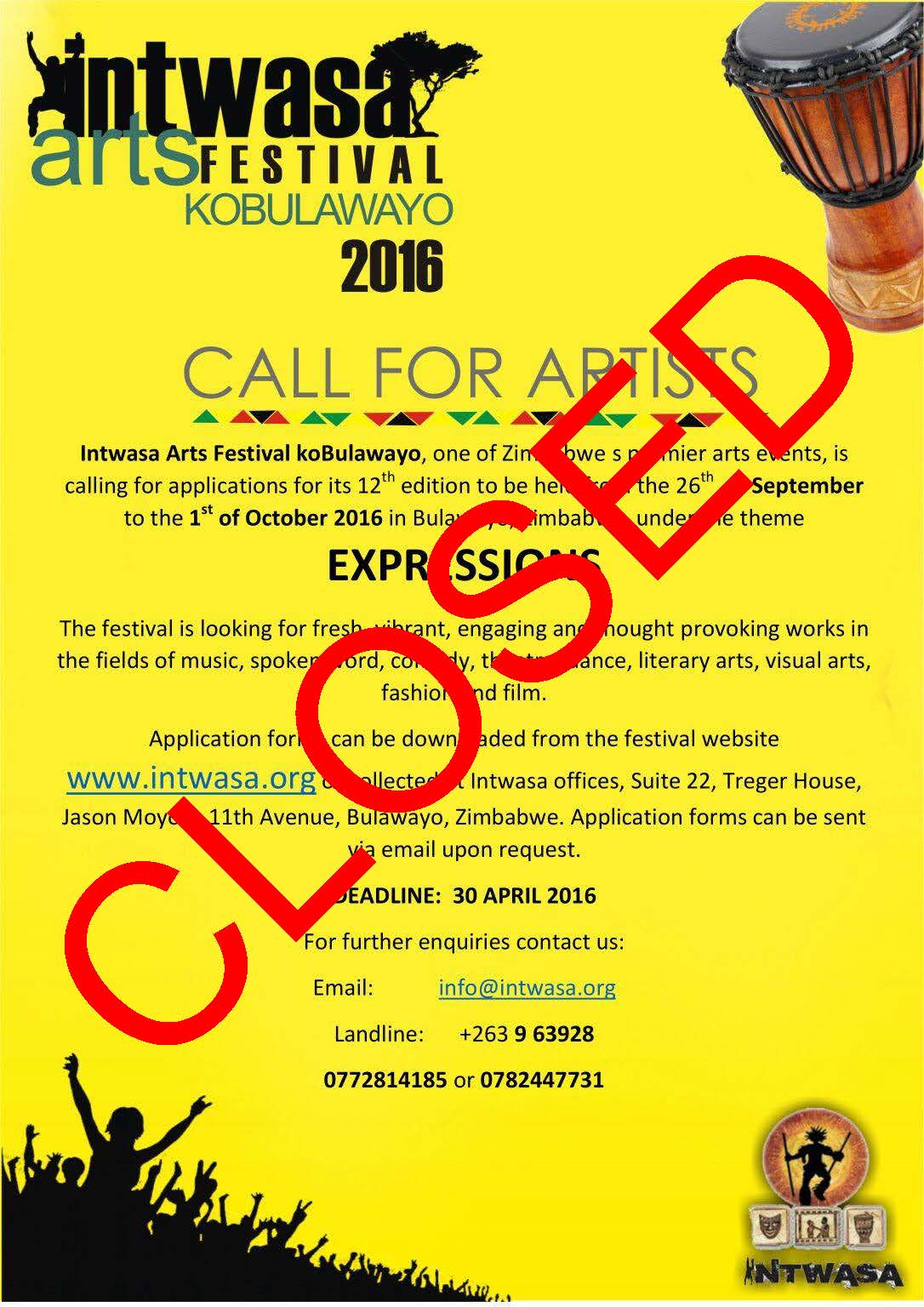 Last week, on the 30th of April, Intwasa Arts Festival koBulawayo stopped accepting applications for the

2016 edition. As usual there were one on two artists that submitted their applications a day or two after the deadline. The excuses were too numerous and always the same - almost believable. As Intwasa and a people's festival we accepted the late entries without prejudice. And to be honest some of them were actually good submissions.

The 2016 edition of Intwasa is obviously going to take place in a very difficult environment - in its current form the economy does not favour the hosting of any big event. (Remember HIFA did not happen this year) Intwasa 2016 will take place, not because the festival has funding, but because we believe in doing the festival by any means necessary - big or small it doesn’t matter. We also believe that critical art blossoms in times of difficulty and challenges hence our theme this year – EXPRESSIONS.  Let this year be the year where the festival is a platform for those suppressed voices wanting to say something, for those fears to come out. Let it also be the platform for the nation’s dreams to be expressed.

This year saw an increase in applications. In fact they came in floods. We are still trying to find a good reason for this overwhelming response to our call.
1. Was the amazing response a result of the growing reputation of the festival?
2. Or was it because of social media and the easiness with which people now share information?
3. Or was it because HIFA did not happen and artists are looking for a bigger platform to showcase their works?
4. Or was it because of the fact that in times of crisis the arts flourish and get bigger?

Applications came from Botswana, South Africa, Angola, Zambia, UK, Netherlands and most creative parts of Zimbabwe – Bulawayo, Harare, Mutare, Hwange to name a few.  The majority of the applications were in music, theatre and spoken word genres. More interesting though was not just the increase in the number of applications, but the quality of the applications. The quality is amazing. Reading some of the applications it was clear the applicants had read and understood our  theme for this year and what we intend to do come September. Most proposals spoke to our theme and desires. It was refreshing to read proposals that try to sell products, not group names and group profiles. Proposals that explained how the artists thought their product fitted into our 2016 theme – Expressions.

Now that the applications are at the office, Intwasa takes the moment to thank all artists and artistes’ managers who took their time and effort to apply to the festival. We appreciate, not only your desire to work with us, but the effort you put in all your applications. Successful artists will be notified in due course.